The bridge to measureable IT success!

bc presents five success factors for a successful digitalisation 4.0. bc recommends to learn from the distortions of the dotcom bubble and shows what needs to put on a modern IT Controlling. 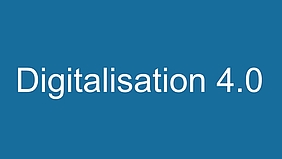 Quo vadis? – Digitalisation as an opportunity for more growth

Digitalisation is now one of the most important technological platforms in the companies for more growth and profit. The success models of Amazon, Google, Alibaba, Uber or Facebook make this point clear - they are certainly only some of the best-known protagonists who have benefited from the development and consistent use of IT.

On the other hand, digitalisation is also a major threat to the classical industries and business sectors. The decline in the retail industry, dealers deaths in the book trade, the competition in the tourism industry, where entire value chains are replaced by IT solutions from Internet start-ups in a surprise attack, or telecommunications and the financial industry, where new products and new competitors are launched every day, are examples of this. Even in the premium sector of the German industry, the automotive industry, competitors are growing through their enormous financial strength and digital knowledge in developing solutions that are much ahead of the industry giants. For example, with the car-sharing principle, the utility and therefore the return on investment of the manufacturers is changing. The focus of interest is no longer at the ownership of a vehicle, but its mobility.

Common to all solutions is that, it has never been so easy to copy or modify the business models and replace them with alternative, digital-based solutions. Geographical boundaries are not important. Software solutions that have been developed in Silicon Valley can be distributed and used worldwide via internet platforms via a mouse click.

The uncertainty in german companies is large

According to a survey (source: WiWo 11/2016), german companies are confronted with major challenges among decision-makers about what conclusions can be drawn for their own business model.

The need for action seems to be recognised - but the question arises: what should the companies do? The fact that they must invest in digitalisation is unquestionable. Rather, it is necessary to find answers to the questions:

Learn from the distortions of the dotcom bubble

The pure technological enthusiasm is not a strong basis for the decision making, we have already experienced this with the bursting of the internet bubble in the year 2000.

The reason for this is well known. The companies that had been established in the years before and who had covered capital on the stock market, burnt in a short time because the funds were made available before they were provided with products, with which they could cover their costs.

From these economic distortions, the pendulum for IT investments in the companies pushed from one extreme to the other. A laissez-faire handling of IT budgets was followed by a hard-hitting cost management. The winners this time were those companies, who have learned early that pure cost cutting does not lead to success, but pursued measures do, that were based on value added for the company. Today, we summarize these measures in terms of IT value-added (IT value).

Do you want to read more?

Send us an email with your contact details and the subject Digitalisation 4.0 – between opportunity and risk... at info@bachconsulting.de.